Now remember, rankings are much more accurate if you match them for your particular scoring system. This feature is a member only feature and takes a few minutes to plug in your scoring settings, but in our opinion it is well worth it.

MEMBER ONLY: CUSTOMIZABLE FANTASY FOOTBALL RANKINGS ($): Every home league seems to have their own customized scoring. This will allow you to input your settings and output our projections, positional rankings and a Top 200 Cheatsheet.

PreSeason Pro ($19.95 value) is INCLUDED for FREE with Your FullTime Membership!

Coming soon: The reigning Fantasy Football World Champion Matthew Bayley was asked for his ONE Sleeper, ONE Breakout, ONE Bust, ONE Comeback player and ONE pivotal Stash-n-Cash for your big upcoming draft. Learn from the best! 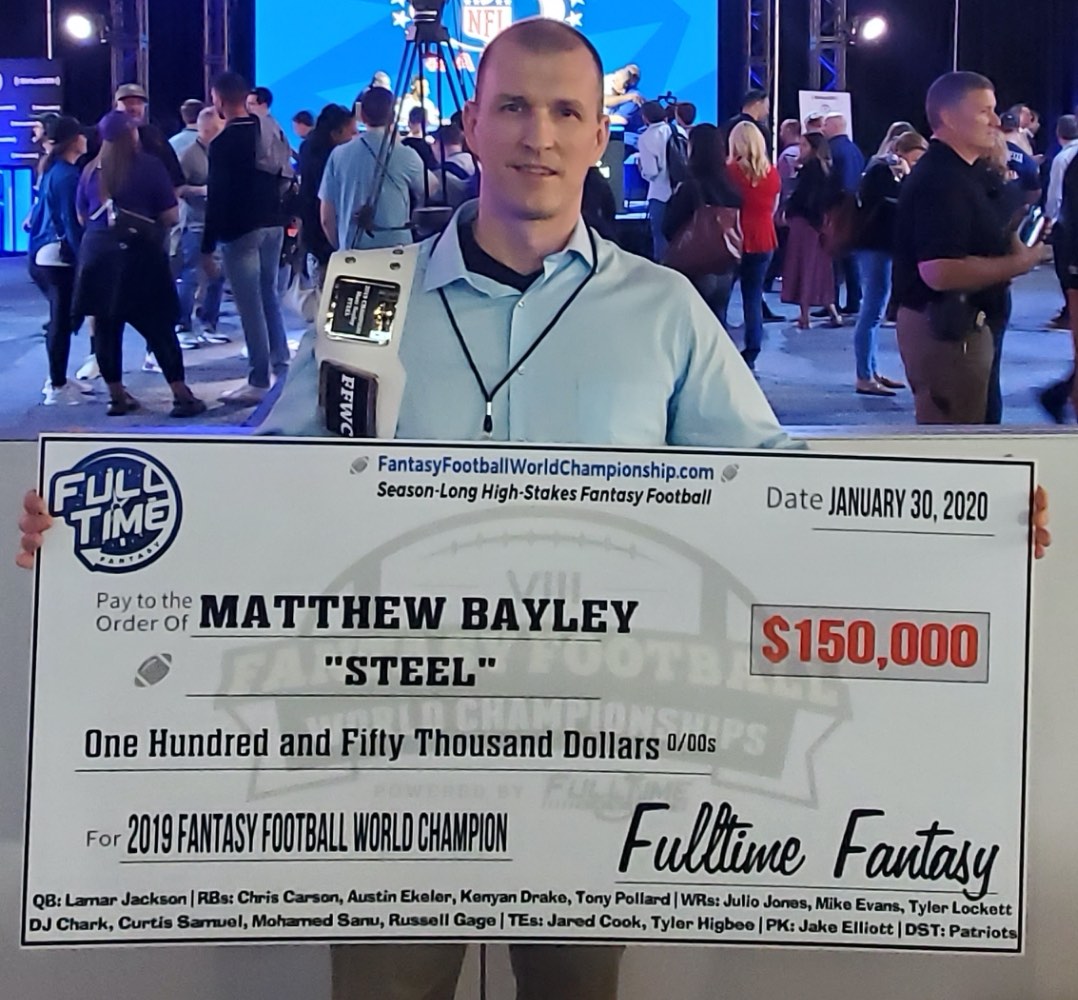 MOCK DRAFT SIMULATOR – Excellent practice tool powered by our Fantasy SP site.
MOCK DRAFT WORLD CHAMPIONSHIP – Practice and if you like your team, enter it for free into our FREE contest for amazing prizes!
ADVANCED ADP PREVIEW
DRAFT ORDER GENERATOR – Are you a Commish? This randomizes your league’s draft order and provides a transparent email sent to everyone at the same time.
TEAM NAME GENERATOR – An oldie but goodie. Baby Got Dak? Rollin with Mahomey? You Fant Touch This? It Ertz When Eifert?
ADP (AVERAGE DRAFT POSITION)

Win your league with FullTime Fantasy Sports’ premium Fantasy coverage. Shawn Childs, Dr. Roto, The Fantasy Exec & Frankie Fantasy will give you an edge with their in-depth analysis so you can be prepared on draft day!

In-depth PREMIUM statistical projections for every offensive player on every single NFL team!

CLICK HERE to learn more about what you get by becoming a member of the #FullTimeFam!

Each NFL team plays 16 games out of 17 weeks in the NFL schedule. The game that they don’t play is called their bye week, or “Open Date”. It is important in fantasy football to make sure that your starters and backups do not have the same bye week since one of the primary reasons for drafting backup players to have coverage during the bye week of your starter.

You just never can tell with the NFL. All the research, strategy and preparation can never predict the unpredictable. Check out our 2019 All-Fantasy Football squads!

The following players had the highest average fantasy points during weeks 12-17 of the 2019 season. Click here to view the entire list at every position.

Better to sell your shares of an aging RB before the wheels fall off entirely. That usually happens around age 29. This is a shortened list, the complete list can be found here. (Note: Ages projected for September 1st, 2020.)

Several running backs have rushed more than 525 times in the past three seasons. These players could be at a higher risk for injury. This is a shortened list, the complete list can be found here.

There is a common belief among fantasy football players that most NFL wide receivers do not “break out” until their third year in the league. This is a shortened list. The complete list of third-year WRs can be found here.

Need Rankings in a hurry? This is all you need! Print this quick One Pager – ONE-PAGE CHEATSHEET (PRINTABLE)

You know by now that we recommend passing on the top QBs and grabbing two in the very late rounds instead to play the matchups. We have analyzed the schedules and here are the best combos: We call this Quarterback by Committee or QBBC. Same thing with Defenses. Let others waste a pick on the top Defenses and you grab two late and play the matchups each week: DEFBC

If you do grab a stud QB like Deshaun Watson, you will want to pair him with a QB late in the draft that has a good matchup. IDEAL BYE WEEK QBS

Do you Hate Getting Sniped before your pick? We do too! Get up to the minute ADVANCED ADP, (Reserved for our members) so you know exactly where each player is going in the draft.

Lastly, If you have time to prepare, make sure you mock in our Mock Draft World Championships. No better way to practice for the real thing.

What did you do in 2020? We’ve been busy publishing an exclusive SI Fantasy Summer Series.

JOIN – Be a Part of the #FullTimeArmy

Looking to join the best season-long Fantasy Football site in the industry! CLICK HERE to learn more about what you get by becoming a member of the #FullTimeFam! Win your league with FullTimeFantasy Fantasy Sports’ premium Fantasy coverage. Shawn Childs, Dr. Roto, The Fantasy Exec & Frankie Fantasy will give you an edge with their in-depth analysis so you can be prepared on draft day!
Tweet